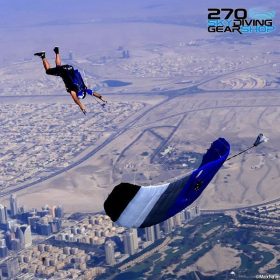 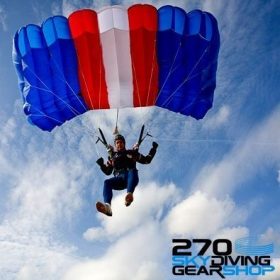 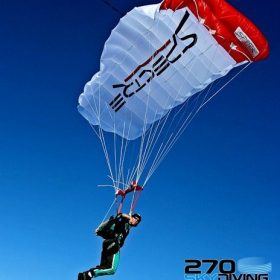 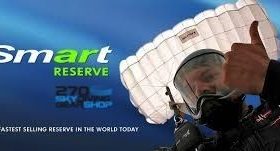 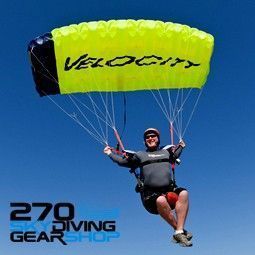 The Valkyrie builds on the dominating performance of the Peregrine and is designed as a step up from the Comp Velocity. Unlike the Peregrine, the Valkyrie is intended for freefall use, so opening performance was a major consideration in the development of the canopy. And the openings on the Valkyrie are superb! Not to mention, it is simply a blast to fly. Whether you’re filming tandems all day or dedicated to canopy piloting, the Valkyrie will reinvigorate the everyday jump and excite even the most passionate canopy pi making it. You’re going to love flying it.

The Hybrid Valkyrie – everything you love about the Valkyrie but more. We incorporated sail fabric into the ribs to give her more power, more responsiveness, and longer swoops than a standard construction Valkyrie. Think of her as a “Valkyrie on steroids” with more sensitivity in the harness and more stopping power than ever before. The sail ribs are a great addition for either a seasoned or first time Valkyrie owner. When choosing between the All ZP and Hybrid Valkyrie, keep in mind that the sail ribs will increase pack volume by about a half size in comparison to the All ZP Valkyrie. The overall lifespan of the canopy is similar to that of an all-ZP wing.

There are no reviews yet.

Be the first to review “Valkyrie” Cancel reply
Availability: In Stock
SKU:N/A